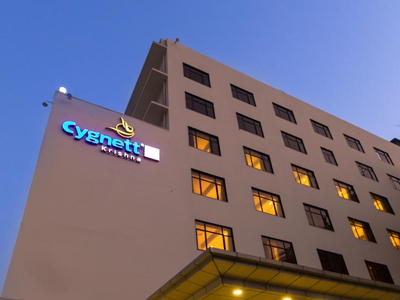 Situated in the sub-metropolitan city of Nepal, Cygnett Inn Krishna Nepalgunj is a luxurious property of Cygnett Hotels and Resorts. With a combination of the finest and luxurious hospitality services, the hotel is an ideal place to relax and have a relaxing stay in Nepal. In addition, it is centred brilliantly around the famous city locations and attractions. Resting in the lap of wonder Himalayas, Nepal is famous for its highest peak Mount Everest.

We are sold out for the day!

Set on the Terai Plains of the southern border of Nepal adjacent to the Indian District of Uttar Pradesh, Nepalganj is a sub-metropolitan city in Banke District. Nepalganj observed the most heat as compared to the rest of the country due to its geographical location. Being one of the developed cities in Nepal, the town is among the major business hubs of the nation. The city has an amazing cultural mix of communities living together, following respective faiths and traditions with deep-rooted brotherhood for each other. Nepalganj gets quite a footfall not for just being a commercial center, over and above, the gracious presence of Bageshwori Temple pulls a lot of Hindu devotees regionally and from across the borders as well. The town enjoys good connectivity and accessibility via all means of transport. Furthermore, Indians & Nepalese easily cross the borders with customs checkpoints without any hassles.

The best time to visit Nepal is from October to December. However, it also depends a lot on the kind of activity or the places within the country that one hopes to explore. The autumn months of October and November is touted as the best time for trekkers who are rewarded with clear skies and breath-taking views.

The next best time to visit Nepal is in the spring season from March-April. The rhododendrons are in bloom, and the temperatures are warm, yet not scorching hot. For those wishing a vacation in Kathmandu and low-lying areas, the winter months are ideal.

By Air
Tribhuvan International Airport in Kathmandu is the main entry point for those arriving by air. Nepal Airlines are the main flight operators. Flights are available from India.

By Train
Cargo and passenger trains operate between Sirsiya in southern Nepal, and the Indian town of Raxaul. However, only Indians are allowed to cross border by rail.

By Road
It is a common practice to go to Nepal by a hired car or cab from India. Crossing the border requires you to pay a toll tax and a transport permit fee. Make sure to collect the receipts for these, since they can be asked for at any checkpoint along the way. 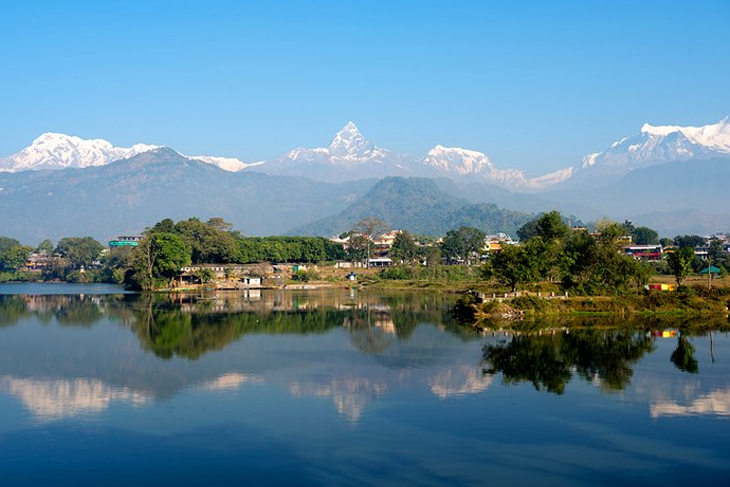 Pokhara is one of Nepal's most scenic cities. For trekkers, Pokhara is the gateway to the Himalayas and the starting point for treks to Jomsom and the Annapurna region. 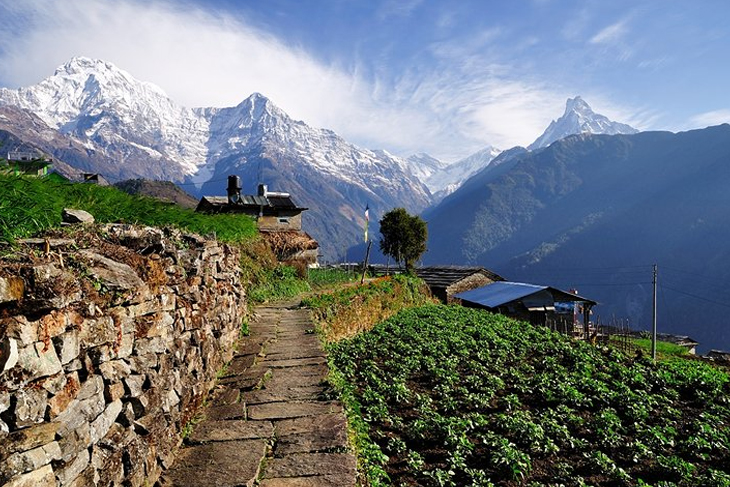 Trekking in the Annapurna Region

The Annapurna Region is one of the most popular trekking regions in Nepal, with options that range from a few days to a few weeks. 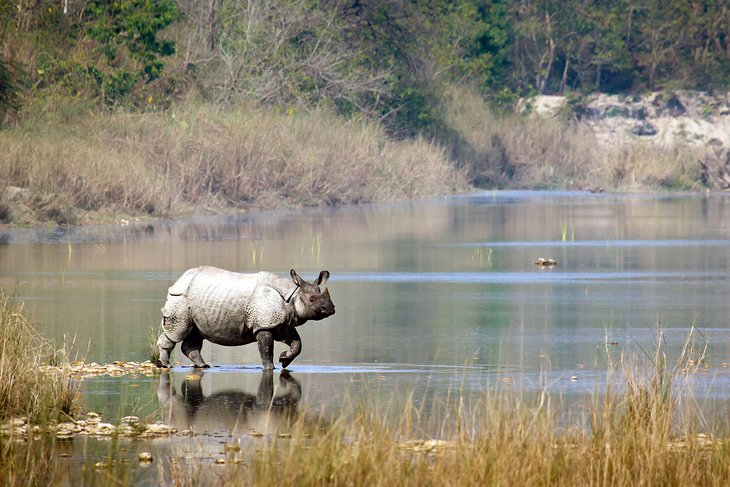 Chitwan National Park is the place to come to experience a different side of Nepal. This is a wonderful place for wildlife viewing and it has a safari-type atmosphere. 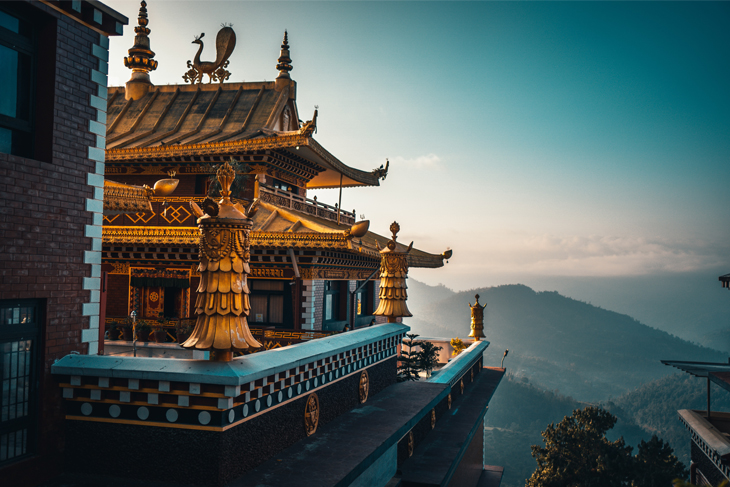 Kathmandu, the capital city of Nepal, is set in a valley surrounded by the Himalayan mountains. 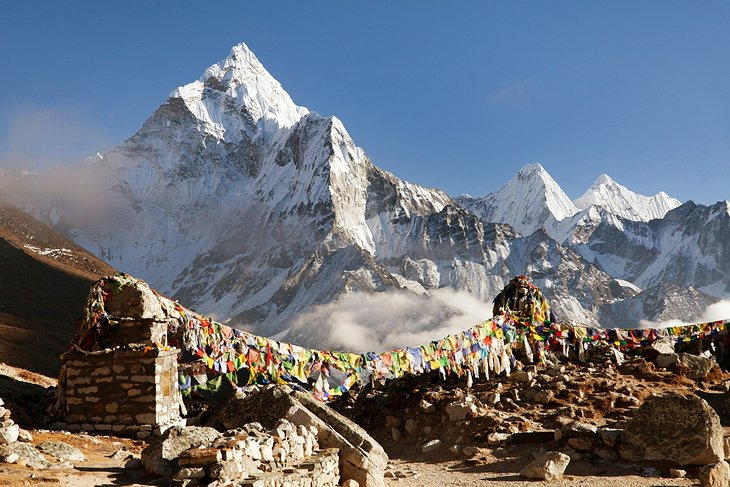 The Everest Region is generally not regarded as the most scenic region in the country for trekking, but the allure of Everest makes it a popular destination, both for climbers and trekkers. There are various routes to access base camp and several options for organizing a trip. 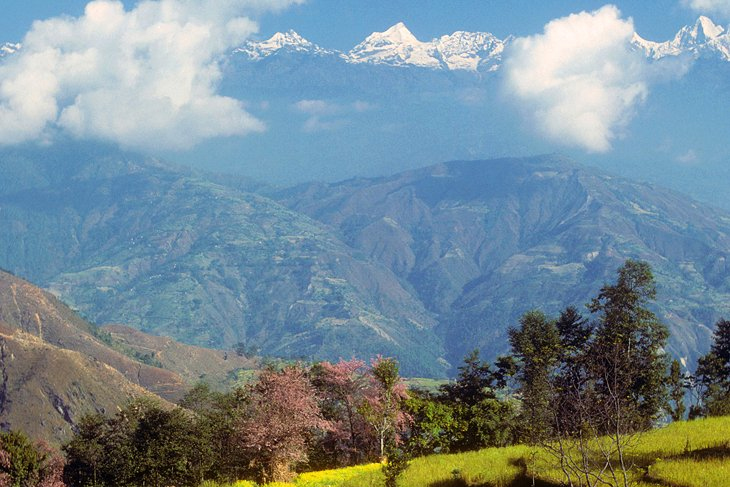 The Helambu region is a popular trekking area, particularly with trekking companies offering guided hikes. it is close to Kathmandu, does not reach astoundingly high elevations, and offers some beautiful mountain scenery.