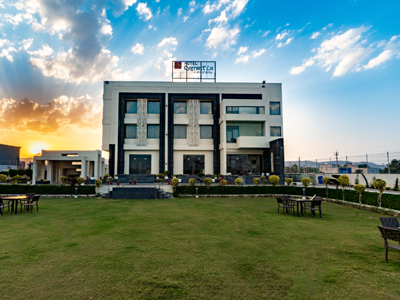 Nestled in the lap of the green hills of the Aravalli range lies the city of Alwar. The city is home to beautiful palaces and forts from an era long gone. The deep valleys and thick forest cover of the hills are a haven for many species of birds and animals. Cygnett Lite Alwar is a travelers delight which helps you explore this splendor and exquisite architecture, along with the calm lakes, royal hunting chalets, dense jungles and a socio-cultural environment.

Alwar – gateway to Rajasthan is centrally located about 150 km south of Delhi and 150 km north of Jaipur was once the seat of Rajputs. Alwar situated in the foothill of Aravalis is a popular tourism hub with forts like the Bhangarh Fort, lakes, nature reserves like Sariska Tiger Reserve and heritage havelis. Alwar is also famous for the Mega Alwar Trade fair held at Dussehra Ground every year. Alwar is a pretty city of rich culture and heritage with majestic fort, beautiful City Palace. The city becomes a great weekend getaway from New Delhi.

Summers in Alwar can become really hot with a record temperature of as high as 50 degrees Celsius. October to March is relatively pleasant. On the occasion of Raksha Bandhan, people celebrate by having kite flying competitions and the sky looks like a sea with colourful water creatures. This could be a sight worth witnessing.

By Air
The closest airport to Alwar is at Jaipur. However, the airport in New Delhi is also at almost the same distance from the destination. The Alwar distance from Indira Gandhi International Airport in New Delhi is around 142 kilometers. Sanganer Airport in Jaipur is around 163 kilometers from Alwar. The choice of the airport that you are getting off at depends upon the destination that you are traveling from. Both the airports in New Delhi and Jaipur are of international status and have flights coming down from the majority of the countries.

By Train
Railways are considered to be the best option to get to Alwar from the neighboring cities like Delhi and Jaipur. There are direct trains running between Jaipur and Delhi with Alwar as a major stop in between. In fact, Alwar is a stop for the majority of the trains running on this route. The trains going and coming down from Maharashtra and Gujarat also serve this station. However, the final decision depends on the train you are choosing to travel to Alwar. There are trains that serve Alwar as a stop, like Jaipur Double Decker, Ajmer Shatabdi, Garib Rath, etc.

By Road
Going to Alwar by road is considered by many to be the easiest of the options available. Alwar is located on National Highway 48, hence, is accessible to the majority of the cities in India. This highway connects Delhi, Jaipur, and other major and minor cities and towns in Rajasthan, Gujarat, Maharashtra, Karnataka, etc. It covers a total of 6 states and hordes of small towns and cities. If you are someone who loves to drive, you can get your own vehicle and make your way to this amazing destination. Travel to Alwar by bus if you do not want to travel and also want to save up on costs and the overall budget of your trip. 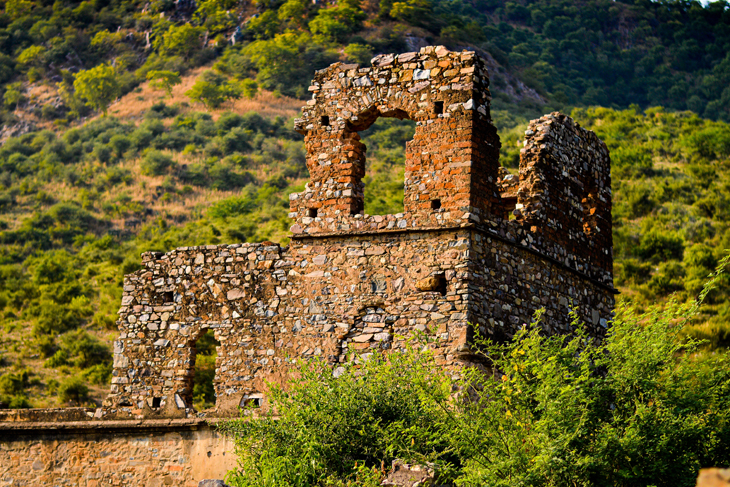 Bhangarh Fort, one of the most “most haunted place” in India. 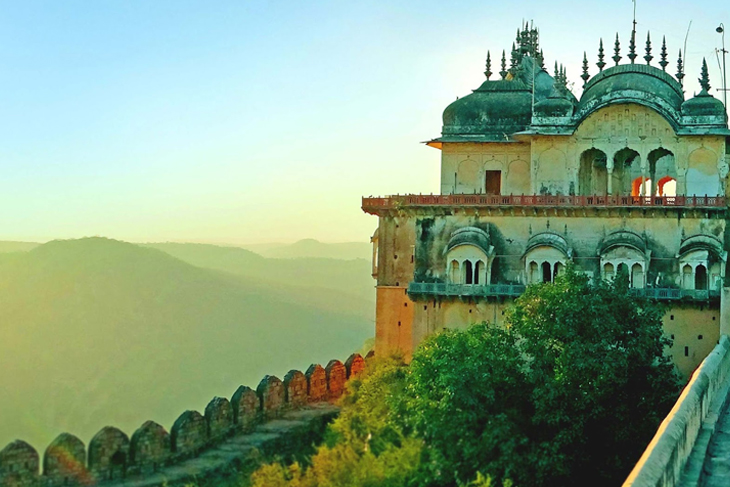 BalaQuila Fort is one of the most historic destinations in Alwar. 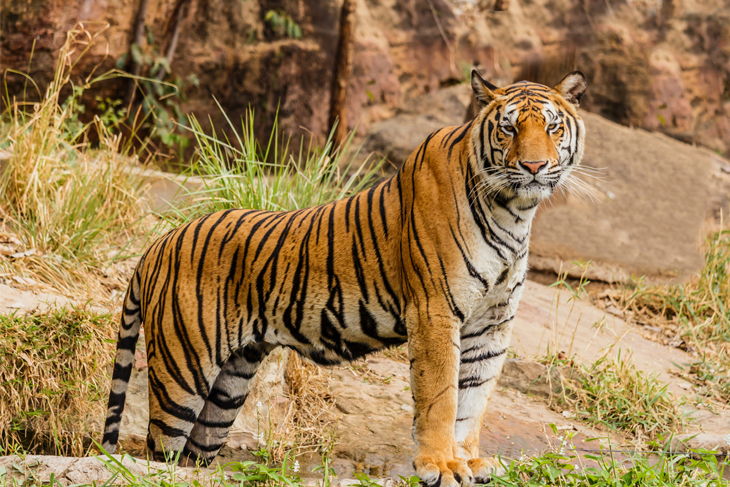 This is one of the most famous tourist attractions in Alwar 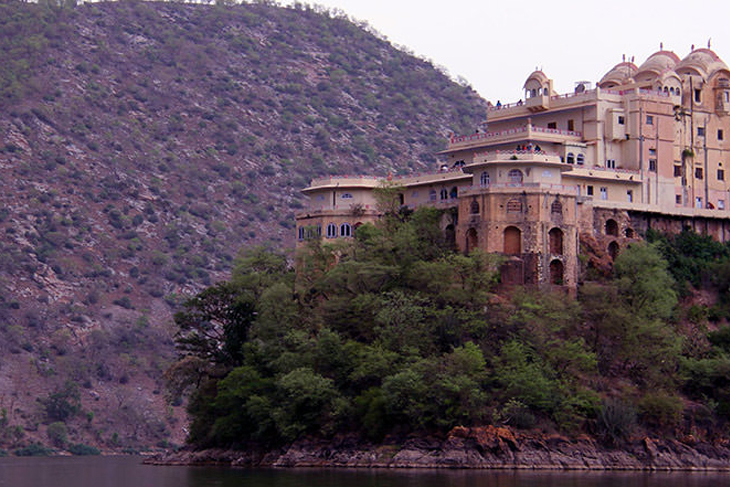 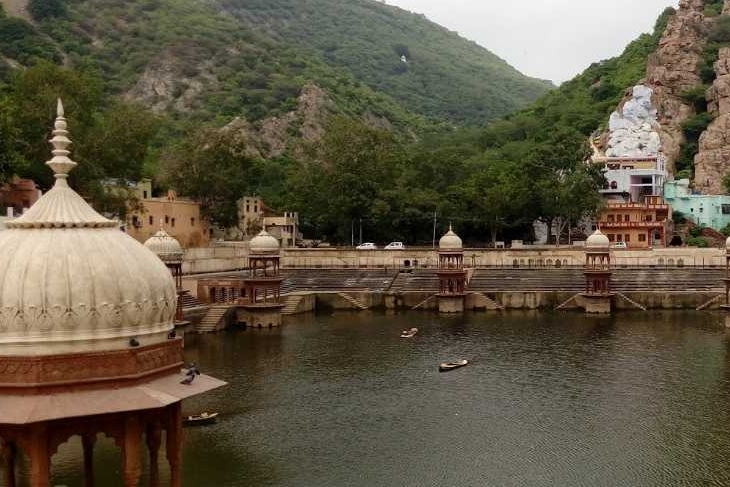 Moti Dungri, Alwar is a unique holy shrine Sankat Mochan Vir Hanuman Mandir and Sayyed Darbar are in the same complex without a wall in between. 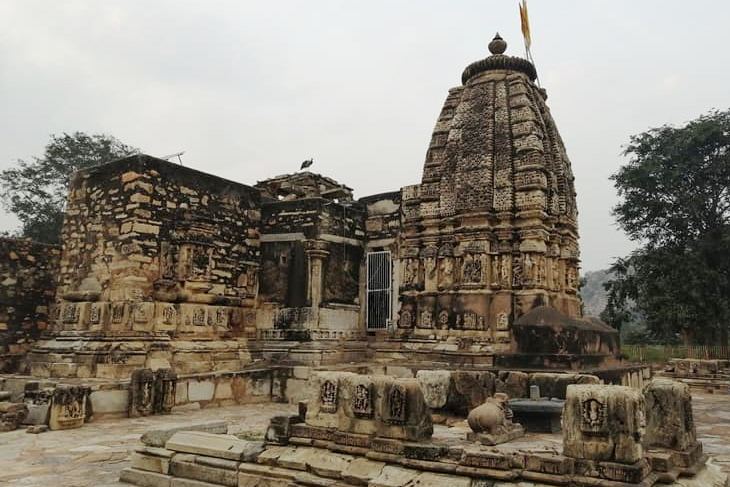 Neelkanth temple is dedicated to Lord Shiva and is located within the Sariska Tiger Reserve premises.