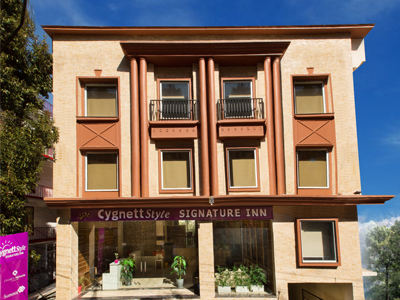 The mesmerising town of Mcleodganj is located in the Kangra district and is known for being home to the Dalai Lama. This beautiful town is blessed with pristine serene beauty and is known for trekking activities. The mesmerising landscape of the town makes it one of the popular getaways near Delhi. Making your holiday more luxurious and relaxing, Cygnett Style Signature is the best 3-star hotel in Mcleodganj.
We are sold out for the day!

Land of His Holiness the Dalai Lama - Little Lhasa
McleodGanj is a tiny yet significant and beautiful hill station glorifying the district Kangra, Himachal Pradesh. It is situated in the lap of Dhauladhar Range, a branch of the southern outer Himalayas.  The village is named after Lord David McLeod, the English lieutenant governor of Punjab. The suburb of popular tourist destination Dharamshala, the hill town is widely known as a Little Lhasa of India. Being the home of the exiled government of Tibet and the highly worshiped 14th Dalai Lama, the place reflects a perfect blend of Tibetan and Indian cultures.  Along with the spiritual vibes of Buddhist monks and monasteries, the hill town soothes your soul with its mesmerizing landscapes, pleasant weather, scenic trekking paths, and delectable momos other than lip-smacking Tibetan food. The touristy destination is equally famous among global trekkers, wanderers, gourmets, or spirituality seekers and families. Comprising such prominence, this charming town has a well-connectivity with other towns of Himachal and accessibility through all means of transport.

The best time to visit Mcleodganj is between October and February, i.e. the winter season and between March and June, i.e. the summer season. The region experiences pleasant summers with the temperatures hovering around 25°C and cold and chilly winters with the temperature between -1°C and 9°C. Monsoons are not quite recommended as the region receives heavy downpour annually. It is best to avoid July and August due to the heavy rainfall.

By flight
The nearest airport to Mcleodganj is Gaggal, which is about 30 km away. Taxis are available here for hire to reach Mcleodganj. The nearest major airport is Chandigarh which is connected to all major airports of India. Delhi is the closest major International airport with a high frequency of flights and well-connected from everywhere.

By Road
You can reach Dharamshala which is the main town 9 km before Mcleodganj by overnight bus from New Delhi. The Himachal Roadways and Himachal Tourism have regular bus service from Kashmiri Gate ISBT Delhi. From Dharamshala, there are regular local buses for Mcleodganj or you can also take a shared cab.

By Train
Kangra Mandir is the nearest railway station to Mcleodganj, located about just 25 km from here. The nearest broad gauge railway station is in Pathankot which is 90 kms away. Taxis and buses are easily available from there.

Local transport in Mcleodganj
McLeodganj is best explored on foot. You can take rikshaws as well for relatively longer distances. 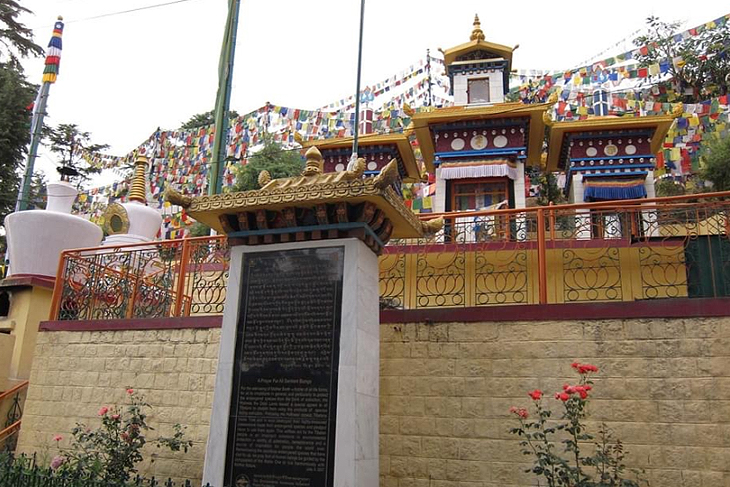 Namgyal monastery is a great place for meditation and all tourists. It is also the largest Tibetan monastery outside of Tibet. This monastery is also known as the 14th Dalai Lama’s monastery. 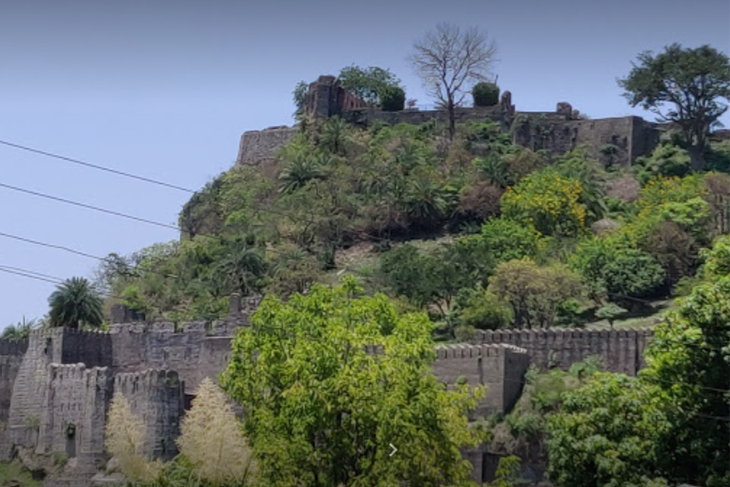 The Kangra fort was built by the royal Katoch dynasty. Situated in the outskirts of the Kangra district the fort is 20 Km from Dharamshala. The beautiful surrounding makes it perfectly suitable for photographers. 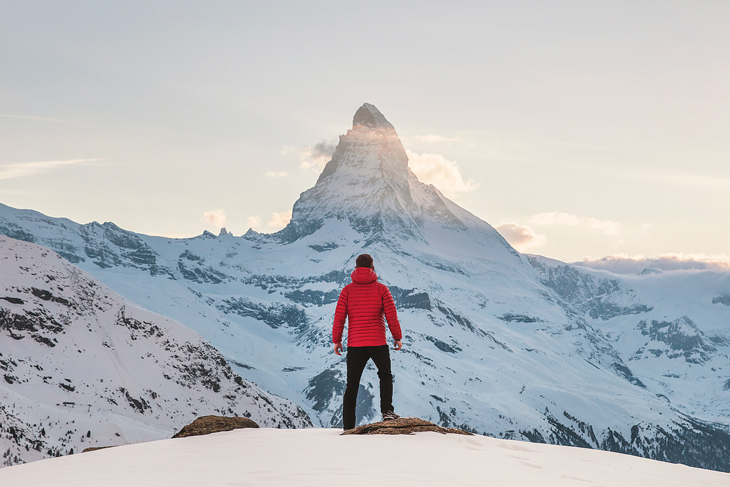 Trekking at Mcleodganj is one of the most popular adventure sports, suiting beginners and professional hikers alike. this trekking will amaze you with rare sightings specially if you are interested in bird-watching. 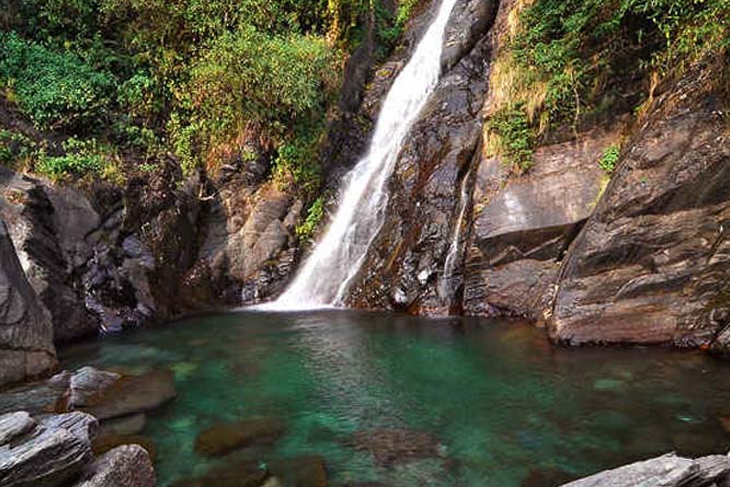 Bhagsu Falls is one of the most important places to visit in McLeod Ganj. Hallowed pools open to the public for swimming and the cool dip is held sacred by devotees. Bhagsu Waterfall is a sight to behold and is just 2 kilometers away from McLeod Ganj. 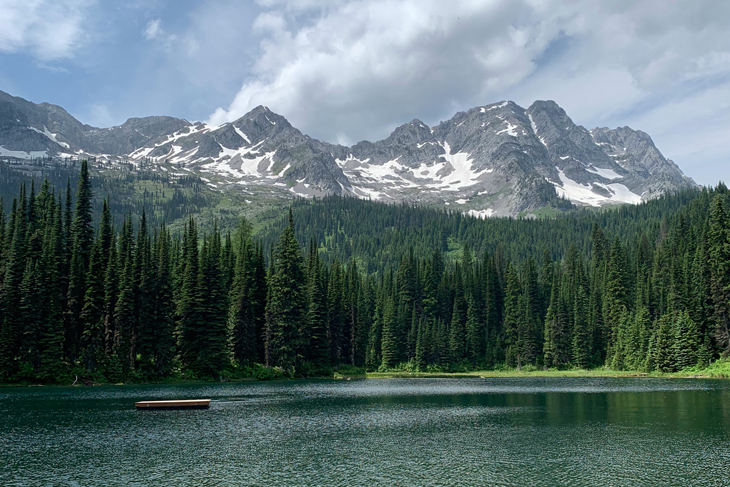 Dal Lake situated in the slopes of McLeodganj is flanked by Deodar trees gives it a picture post view. The hue of the water is greenish and has has varieties of fishes. Dal lake is a regularly visited place when you visit McLeod Ganj. 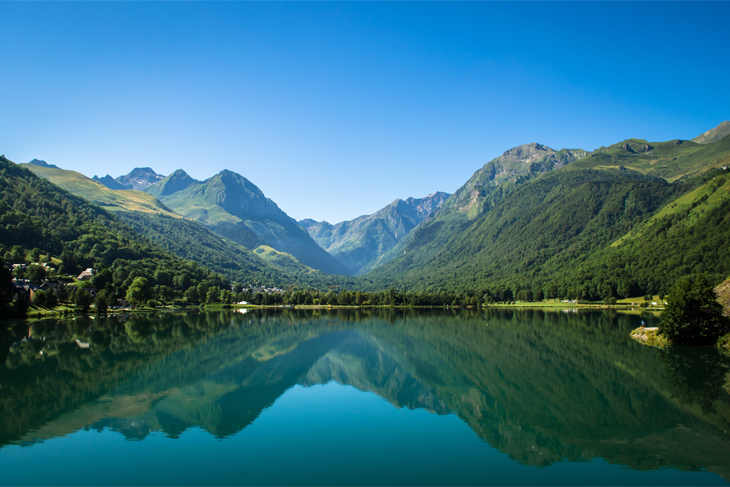 Kareri Lake is another place to visit near Mcleodganj. Located in a high altitude Kareri Lake is a freshwater lake with crystal clear water. Beautiful pine trees surrounding the lake gives it a scenic view.