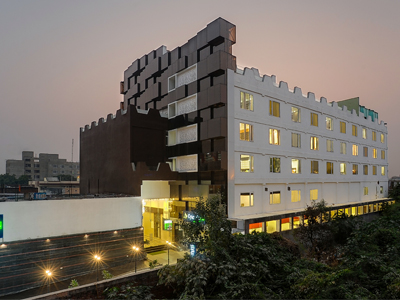 The City of Nawabs is a treat for all the senses from the exquisite architecture to the famous kebabs that are without parallel. Cygnett Park Di-Arch is a hotel that strives to provide a hospitality experience worthy of the land - fit for nobility, but at prices that suitable for civilians! Located adjacent to the airport, it provides the perfect concoction of luxuriant convenience for a holiday or business trip.
Price Starting From Rs.2,995 / Night

Lucknow, earlier the capital of Awadh is now the capital of the Indian state, Uttar Pradesh. The largest city, sets on the north western shore of the Gomti River, lies in the middle of Heritage Arc. Towards the centre of Lucknow is “Rumi Darwaza” – a Mughal gateway.

Fondly known as the City of Nawabs or the City of Tehzeeb (Culture), the capital owes its rise to prominence to the Nawabs of Avadh (Oudh) who patronized performing arts, music, literature as well as the culinary arts and put Lucknow a cut above the rest – and the world acknowledges it.

Its world-famous Kebabs & Lucknowi Biryani invite the visitors, repeatedly, its intricate and exquisite embroideries termed 'Chikankari' and 'Zardozi' places the fashion of Lucknow on global trends, and marvelous monuments depict the fascinating blend of ancient, colonial, and oriental architecture.

With its glorious and multicultural past, Lucknow always enjoys being a hub, after Delhi, of governance, administration, commerce, technology, education, and artistic culture of all genres.

Lucknow is a must-visit destination for any traveler enthusiast to experience the rich cultural heritage of the Golden City of East.

The best time to visit Lucknow is October to March when the city experiences winter. Even though December and January could be a little foggy, which might mean trains and flights getting delayed occasionally, the weather is pleasant and suitable for sightseeing.

Lucknow is influenced by subtropical climate with extreme temperatures which means the summers are unusually hot and should be avoided. Lucknow could be visited during July-September as well, but rains might be a little hindrance and could delay your day plans.

By flight
Air travel is the most convenient way to reach the City of Nawabs. The Lucknow airport is well connected to the major cities of India like Delhi, Mumbai, Kolkata, Lucknow, Chandigarh, Bangalore, Patna etc through a number of airlines operating on a regular basis. Most international flights reach Lucknow via Delhi. Buses, taxis and cabs are easily available from the airport to reach the main city.

By Road
The Uttar Pradesh State Road Transport Corporation runs regular luxury and deluxe buses between Lucknow and other cities within the state. There is a regular service of a number of luxury and budget buses from cities like New Delhi, Varanasi, Allahabad, Kanpur, Agra, Jhansi etc at reasonable fares.

By Train
The Indian Railways offers many mail and superfast trains to reach Lucknow from other parts of India. Though Charbagh is the main railway junction serving the city, tourists can reach Lucknow via Alamnagar, Gomti Nagar and Aishbagh Junction too. An additional attraction is the Maharajas Express which offers a royal ride to Lucknow.

Local transport in Lucknow
Moving around in Lucknow is never a problem, local modes of transport are available round the clock, autos and taxis being the most insistent type. All modes are affordable and very convenient. Recently the government has flagged off the metro which is expected to make commuting faster and easier. 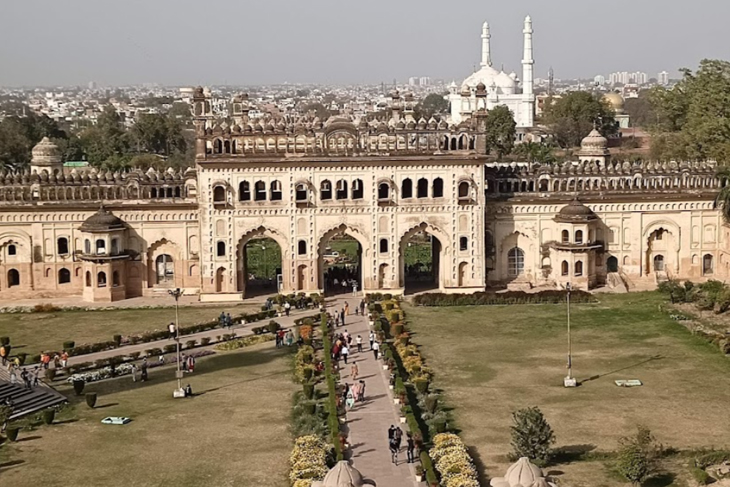 The Bara Imambara and Chota Imambara of Lucknow are the most famous monuments in the city. The Muslims from all over India come here every year to celebrate the religious festival of Muharram. These Imambaras has a unique style of construction. 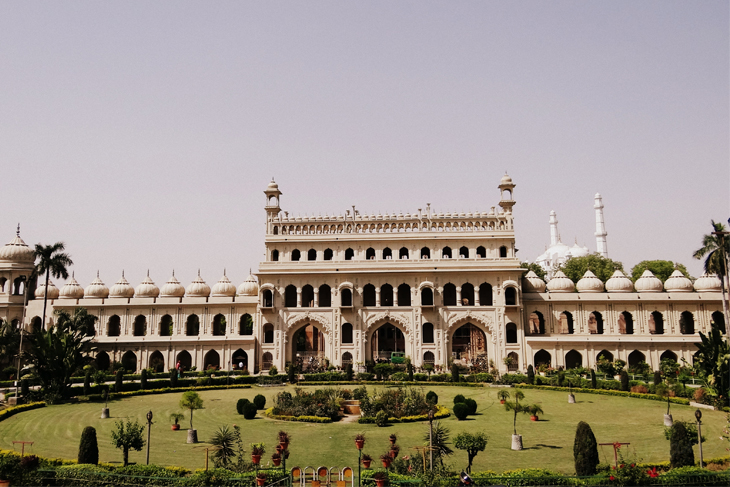 The Moti Mahal was built by Nawab Saadat Ali Khan and is situated in the banks of Gomti river. It was initially the former residence of the Nawabs. Moti Mahal is also popularly known as the Pearl Palace. 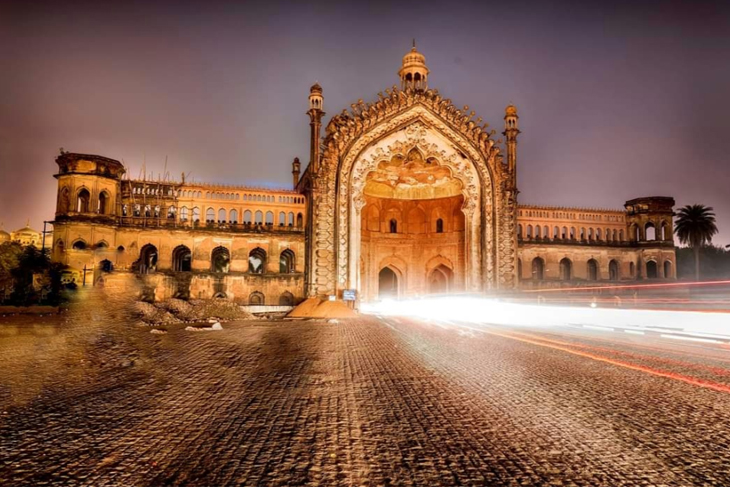 Rumi Darwaza a striking gateway in the old city of Lucknow. The gateway stands around sixty feet tall. The structure exhibits ancient Awadhi architecture and is built by Nawab Asaf-ud-Daula. 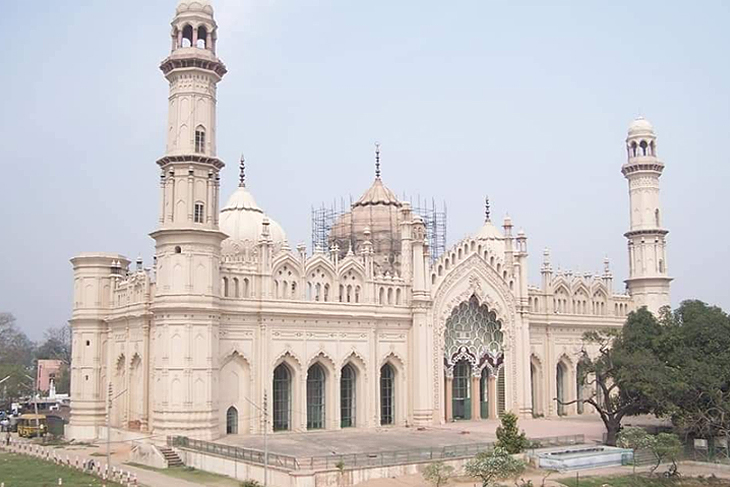 Jama Masjid is located in Tehseenganj was built by King Mohammad Ali Shah Bahadur. Designed with Hindu-Jain architecture this was built to out pass the grand Jama Masjid in Delhi. 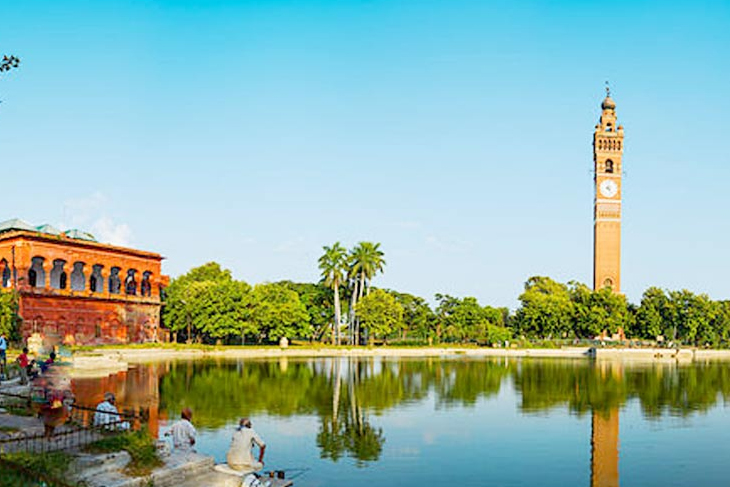 Adjacent to the Rumi Darwaza stands tall the Husainabad Clock Tower. This was built in 1881 and is the tallest clock tower in India with a height of 67 meters. 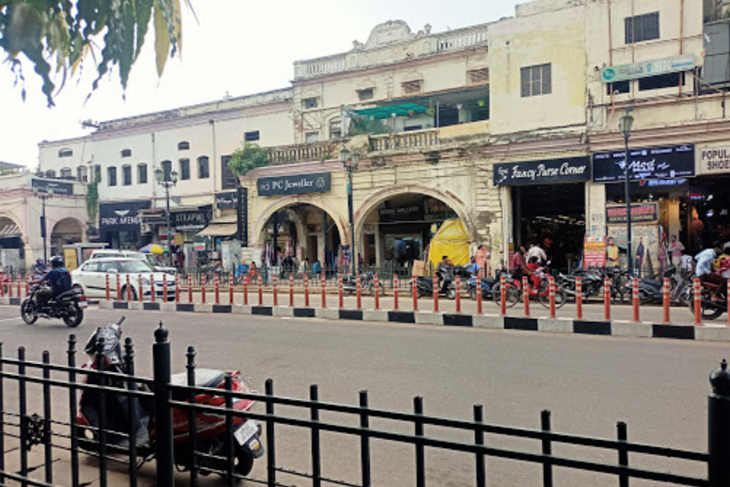