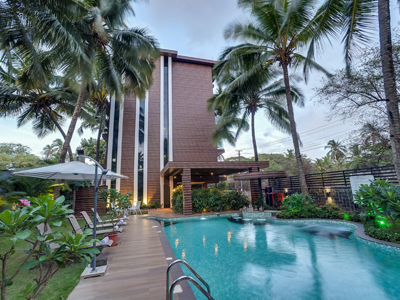 When the glistening sandy beaches and azure waters of India’s ultimate party destination beckon, heading to the Cygnett Inn Celestiial is a no-brainer. This sophisticated hotel has a lot to offer leisure and business travellers alike without even mentioning its very enviable location near Candolim Beach in North Goa.

In those tumultuous and rebellious times in the sixties, it was then not the ‘sweet betel’ that was the prime attraction but a different kind of ‘weed’. But Goa, since those days of the angry generation, has moved on to attract a multitudinous, peaceful and cosmopolitan school of visitors from all around the globe. Down the corridors of time Goa has been different things to different people. To the Portuguese conquerors it was ‘Golden Goa’, the El Dorado, the ‘Rome of the East’. Such was its beauty and grandeur, that a traveller was moved to remark: ‘Whoever has seen Goa, need not visit Lisboa’-Lisbon, which was then the grand epicenter of the Portuguese dominions.

While the contemporary traveller may not come to modern, thriving Goa ‘for the sale of all sorts of merchandise’, the ‘fair’ is still very much on. The traveller is here to find something different: a balm on the busy mind, to enjoy days of freedom on Goa’s magnificent beaches, to parasail or swim with the tide of fellow visitors from all around the globe, to savour its unique cuisine and imbibe its spirits, to take a long and invigorating trek in its unexplored interiors, to marvel at its majestic temples and churches, in short, to be at one with the most friendly people in the country.

In the sixties and seventies, it was, as we have remarked, a haven for the hippies. Since then Goa has moved on to full fledged Statehood, its own Council of Ministers, a magnificent new Assembly complex, its citizens among the most literate in the country with a per capita income the highest in the land. At the hub of this prosperity, is the Tourism industry. At the Goa Tourism Development Corporation (GTDC), we take a humble bow in acknowledgement, in some small measure, of putting Goa on the tourist map of our country. 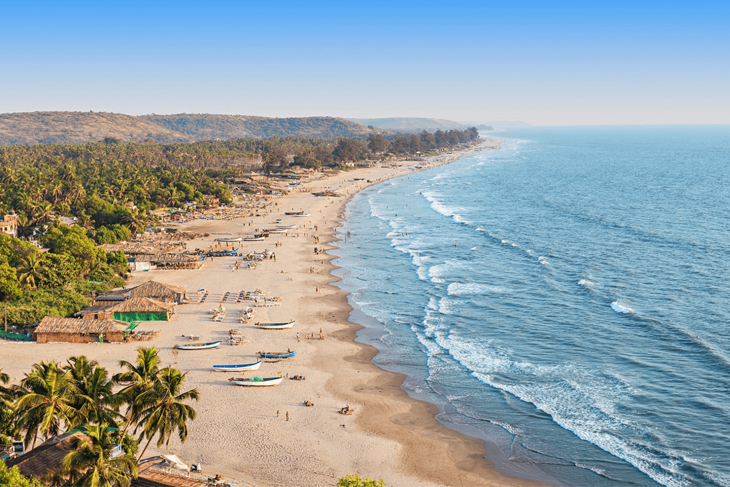 Calangute Beach is also affectionately known as the “Queen of Beaches”. 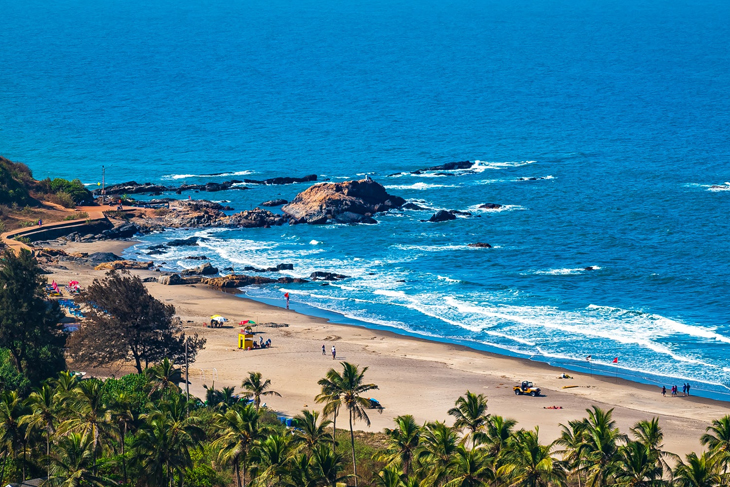 Baga Beach is the most famous of all Goa sightseeing places 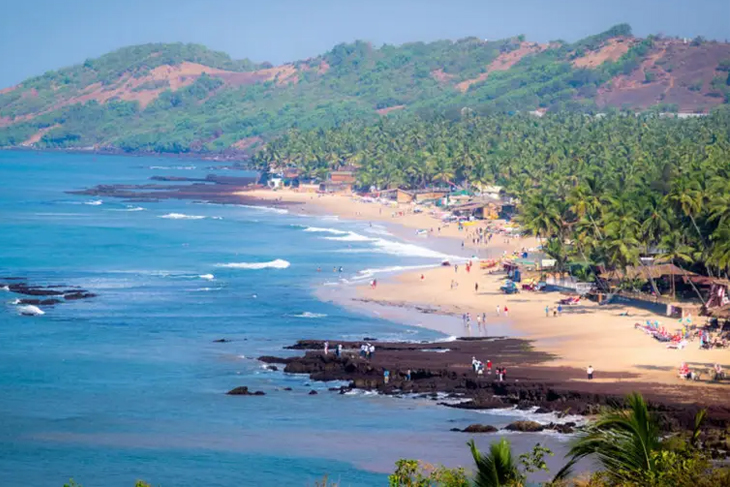 Anjuna, a small village on the North coast of Goa, is also a sightseeing places 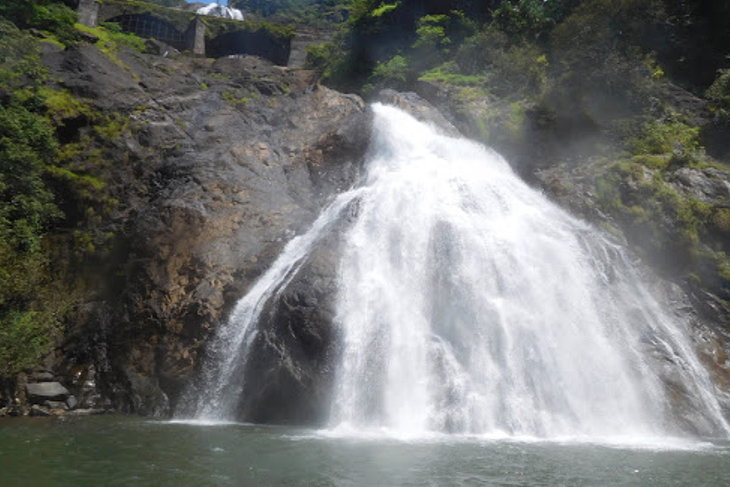 The Dudhsagar Waterfalls are situated on the Goa-Karnataka border 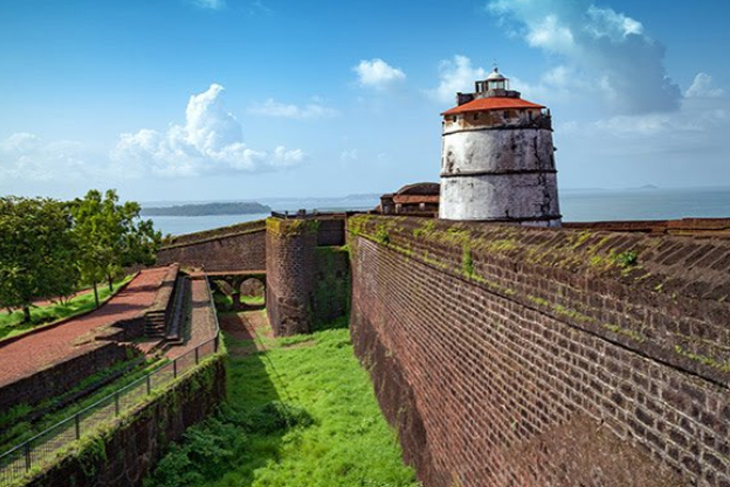 Fort Aguada has been standing on the beach facing the Arabian Sea from 1612. It was a grand old fort, Another heritage from the Portuguese. Today, it is one of the most famous sightseeing places in Goa. 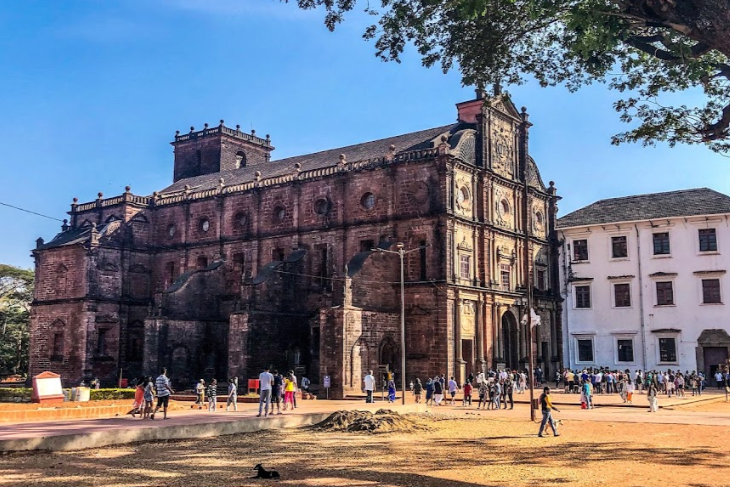 Bom Jesus Basilica is one of the most important tourist places in Goa. The Church was built in 1605. This is the place in which the incorrupt body of St Francis Xavier is kept. A gallery of Modern Art is also a part of the Basilica.